Partnering with the world's best

In an era of mass production and throw-away values, Royal Huisman holds the torch for the finest custom engineering and craftsmanship.

Its mission is to create exceptional yachts – whether classic or modern, sail or motor – for individuals with a distinctive vision and uncompromising standards.

The family-owned yard was established in 1884. It was awarded the “Royal” warrant in 1984 in recognition of 100 years of quality and excellence.

This long-standing culture of perfectionism applies itself as equally to today’s leading-edge technologies as it does to traditional craft skills.

So how does Bowmaster supply them?

Manson and Bowmaster is proud to have had a solid relationship with Royal Huisman for over 10 years.

In 2011, when Royal Huisman was looking for an underwater system, they selected the Manson Hiding Anchor and asked Bowmaster to manufacture the swivel features.

This is when the partnership went to the next level.

As Royal Huisman further developed their vessels they continued to work in conjunction with Manson and began using the Bowmaster Submarine Anchor System.

Initially this system was very precise CNC manufactured, but expensive. However, over time the two parties have worked closely to align precision with price and Royal Huisman have now integrated the Bowmaster underwater anchoring system into their latest series of yachts. 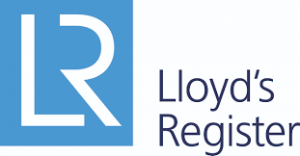